Is This Just Fantasy! 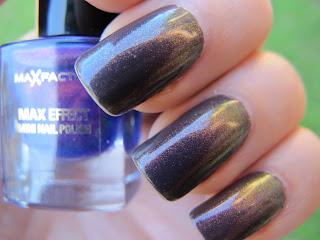 As you have probably guessed by now this is Max Factor Fantasy Fire, and I must say its well named. There are little sparks which change between red, green and gold depending on the angle of looking at it, suspended in a blueish jelly, which gives a cool cast over the nail in certain light.


This is my Chanel Paradoxal mani form the other day with one coat of Max Factor Fantasy Fire followed by Seche Vite top coat, except for my ring finger which has two coats of Max Factor Fantasy Fire and then the top coat. I can't really tell the difference between one and two coats which is good news if you're eking out such a tiny bottle of polish.

I'm not going to do too much writing, instead I will let the pictures do the talking! and I have a lot of pictures for you. 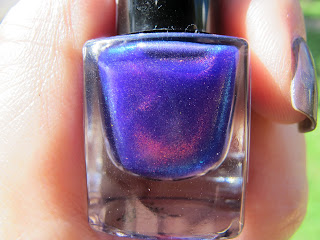 There's even a smiley face in the bottle! 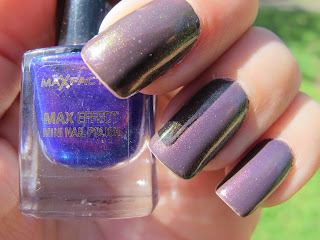 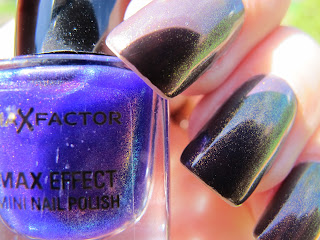 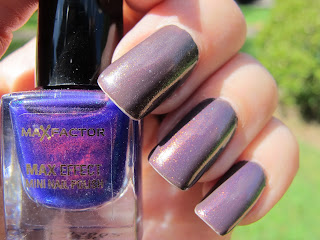 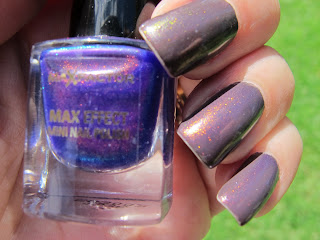 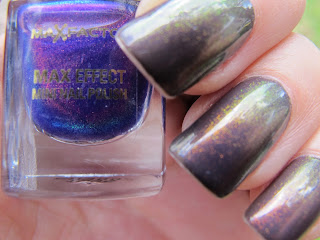 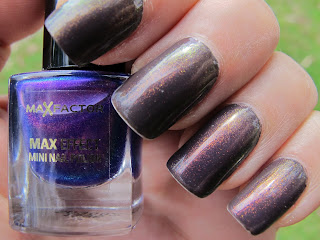 In this last photo you can perhaps see more clearly where I have an extra coat of Max Factor Fantasy Fire on my ring finger.
Posted by Unknown at 09:42